Wine, Friends and Painting: A Twiggy Girl's Perfect Night Out.

Wine, Friends and Painting: A Twiggy Girl’s Perfect Night Out. 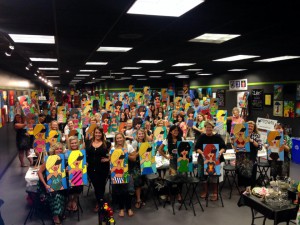 The Twiggy Originals/Uptown Art: Louisville partnership began in 2012 as a fluke. Upon a visit home to Louisville from Los Angeles, I called the owner of Uptown Art and asked if he wanted to add a Twiggy owl to one of his classes. Although he had never heard of “Twiggy Originals”, he agreed. After quickly selling out all three rooms and having a guest list with travelers from as far as Atlanta, we figured this could be a great regular gig. I signed an exclusive agreement to license four Twiggy Original paintings in 2013 and, after much success, agreed on four more in 2014. Each class is unique and fun, and allows me to connect to all my Twiggy fans. 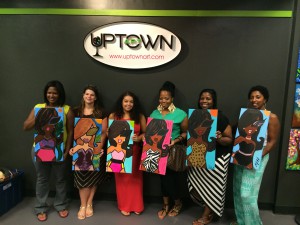 I say it at the beginning of each class because I mean it: I am humbled and honored that so many people want to spend an evening painting my Twiggy designs. This past Thursday was no exception. When I asked how many people were attending for the first time, more than half the class raised their hands. I love seeing the veterans (the ones who have been coming since my first class in 2012) and enjoy meeting new Twiggy fans. Even more, I love seeing everyone’s interpretations on my designs. Uptown Art is an amazing establishment and I am excited to be a part of it. Make sure to follow them on Facebook and join me again in December for the last Twiggy class of the year. In the meantime, here are some photos from the July 10, 2014 class with more than 70 people in attendance: 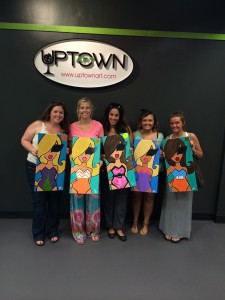 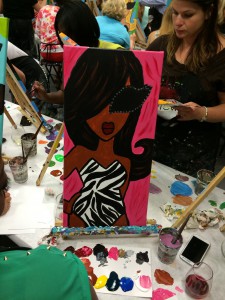 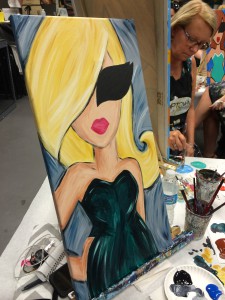 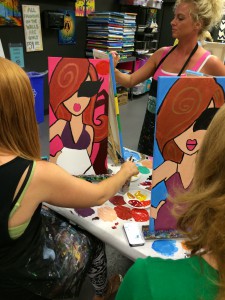 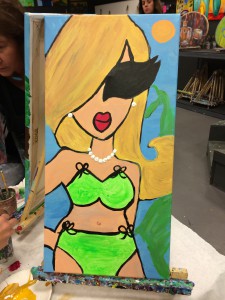 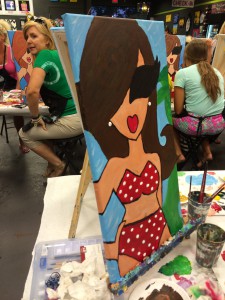 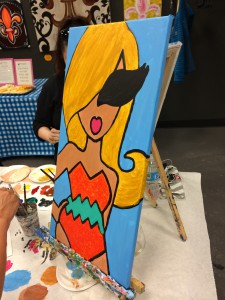